Some Friday nights you don’t feel like going out but you still want something great.  This was a combo of what was left in my fridge!

I finely chopped some red cabbage and peeled a sweet potato. 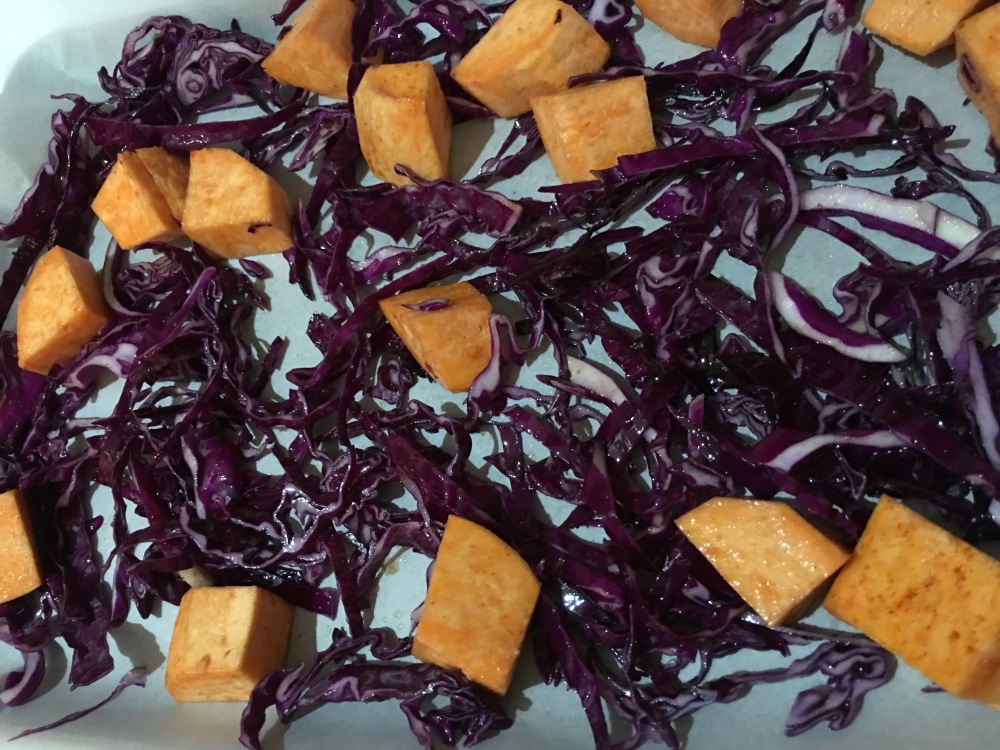 I tossed it with some EVOO, salt, and cayenne pepper and into the 400 degree oven for about 30 minutes while you prepare the chicken.

I put some slits into the chicken breast and looked in the fridge for what I could make into a stuffing. 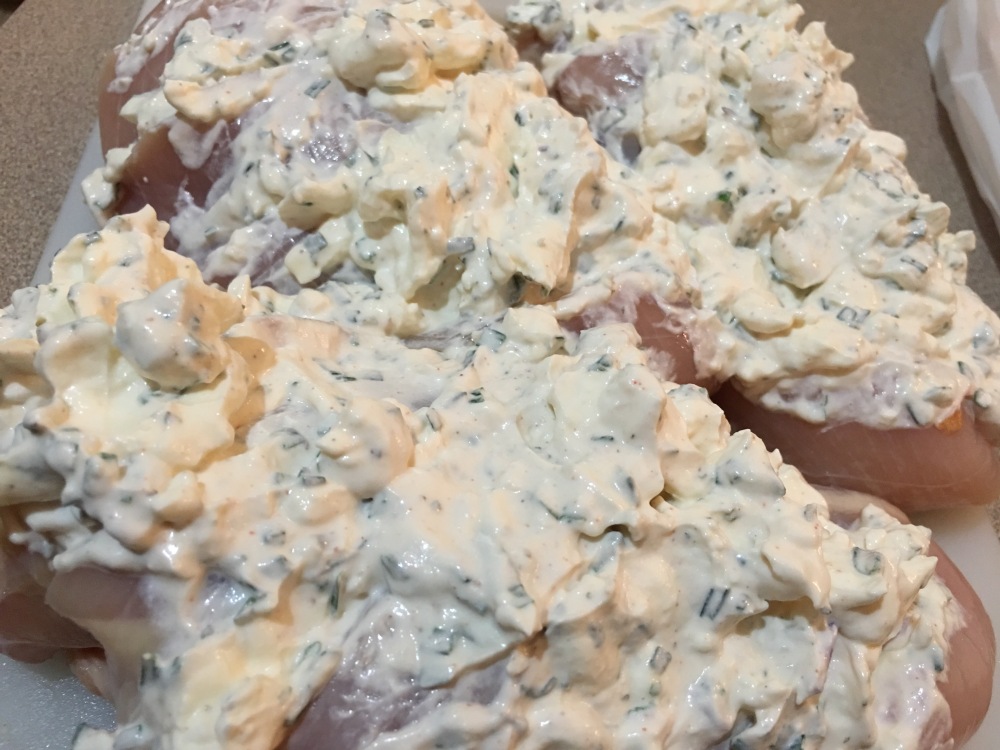 This was a simple mixture of half a block of cream cheese, about a cup of sour cream, some frozen chives I had around, and then I seasoned with garlic, salt and cayenne.

I put it on top of the cabbage, though next time I won’t do that, it lost the crispy crunch it had. You should put it on a separate pan to cook at 400 for about 40 minutes (to internal temp of 165).

It was rich and creamy.