Step one… make ahead what will keep well overnight. Buffalo chicken dip is easy and great for a tiny crock pot or you can make in a baking dish and just heat up.

That’s not a glamorous shot but it’s one brick of cream cheese with about 1/2 cup of hot wing sauce, then add roughly 2 cups or two chicken breasts finely diced or put thru the food processor. I also add 1/2 cup of ranch dressing, one diced celery stalk, and two crushed garlic cloves. At this point I just cover it and put it in the fridge already inside of the crockpot. This way I can just start it in the morning.

Making your own dip is also great, you can use whatever fat content sour cream that you like, of course the full fat tastes the best! So I made an onion dip and a ranch dip the night before and let it chill. I just use the flavor packets of onion soup mix, and the ranch packet. Eventually I’ll make it from scratch but I’m not there yet.

Day of party, I will make some glazed bacon. Which is literally just brown sugar on top of bacon with a little bit of chili powder. I bake this at 350° for about 20 minutes then flip over add more sugar and take out just before it gets crispy.

Here’s the finished product, and you want to take it out of the fat right away so that it can drain and get crispy.

So the first step to chicken wings is to actually cook the wings slowly about 350° with a little bit of chicken stock about 20 minutes per side. Here I just seasoned it with some Worcestershire sauce, Cayenne, salt, lemon pepper.

While that is in the oven, I have grated a block of cheese, you’d want at least 2 cups of grated cheddar cheese. Then I’m going to add mustard and hot pepper, here I’ve used an Asian chili sauce. Then mix, if it’s not spreadable enough add a little milk to thin it out. 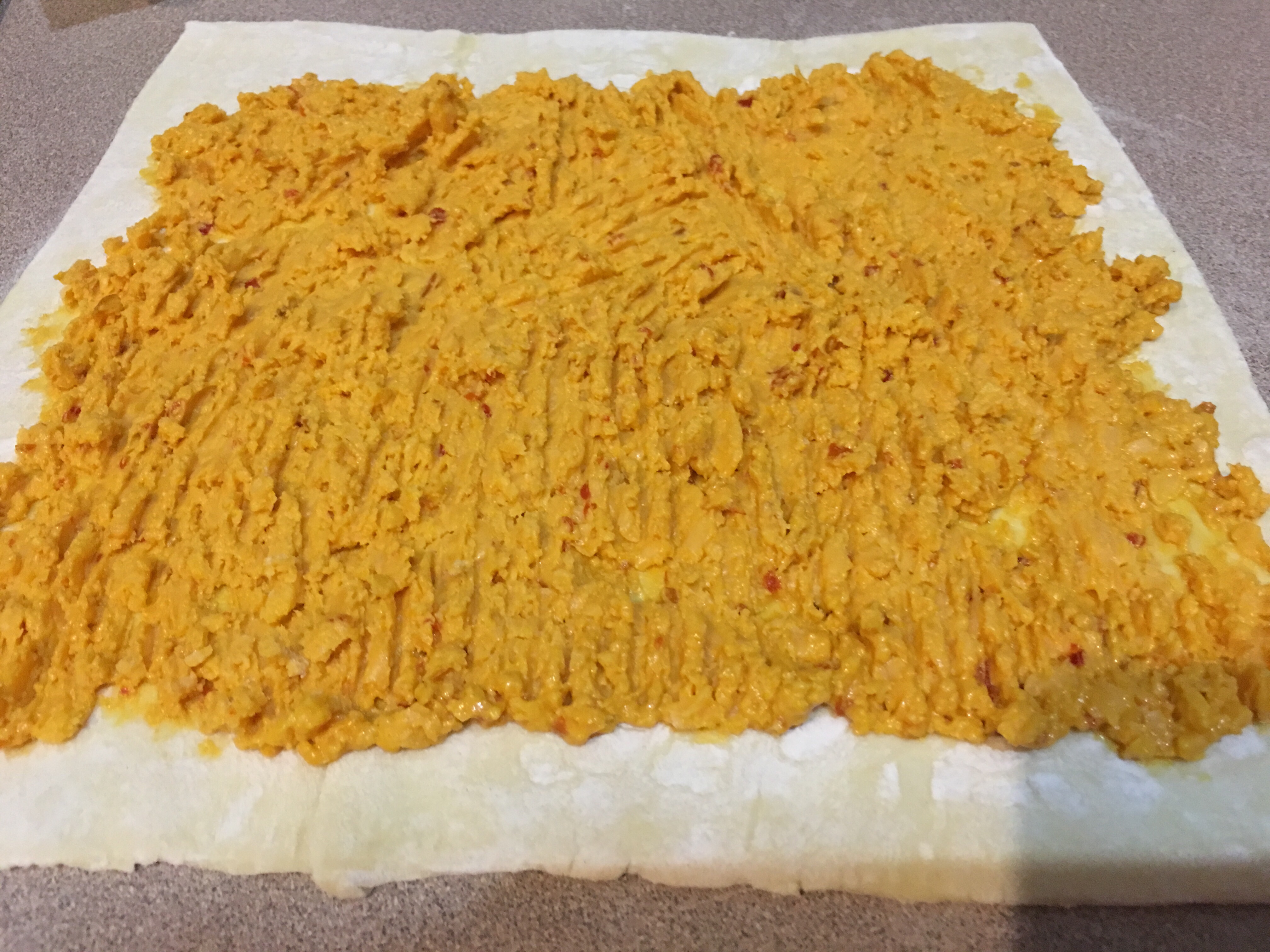 I spread it out onto a defrosted puff pastry, then roll it. 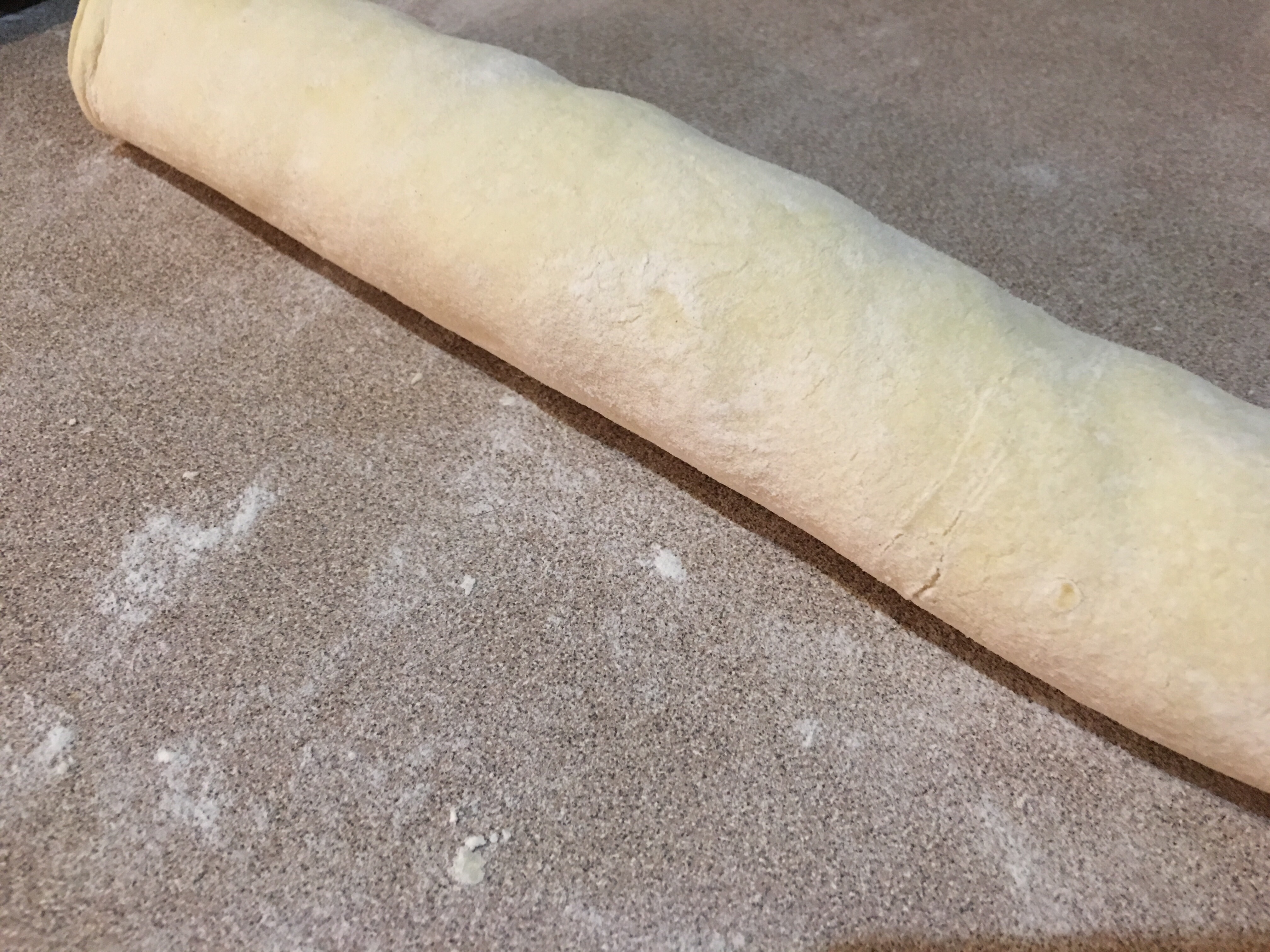 Using a serrated knife, I cut it into rounds. If you find it really difficult to cut put it in the freezer for about 20 minutes.

This can also bake at 350° until the bottom is brown and the dough in the very middle is fully cooked.

Pigs in a blanket are always a hit, here I have a crescent dough sheet that I have just cut into rows.

Using the best quality hotdog you can find, I cut each of them into four pieces and then just pull up the edges of the dough to make a basket.

Since these are fully cooked, you just need to cook the dough all the way through, 350° will do as well.

When you’re having a party like this and people are coming and going at different times, I like to put half of the pigs in the blanket and half of the cheese rolls on a baking sheet so you get both of them on one sheet. That way you can make them at different times and have a nice and hot out of the oven.

So things are coming together, I’m going to set the table so I have an idea of where I can put things. And the chicken wings have finished cooking, when it’s about 15 minutes from when people are coming or I can wait until everyone is there and then do this part. I will then broil the chicken so the skin is nice and crispy. You’ll need about 5 to 7 minutes per side, and you will use the broil setting on the oven, with the door slightly open and you must watch it the entire time.

In a large bowl, I mix about 1/3 of a cup of hot wing sauce, a tablespoon of hot chili paste, two cloves of grated garlic, 1/4 cup of chopped cilantro. then toss the wings in it as soon as they come out of the oven. 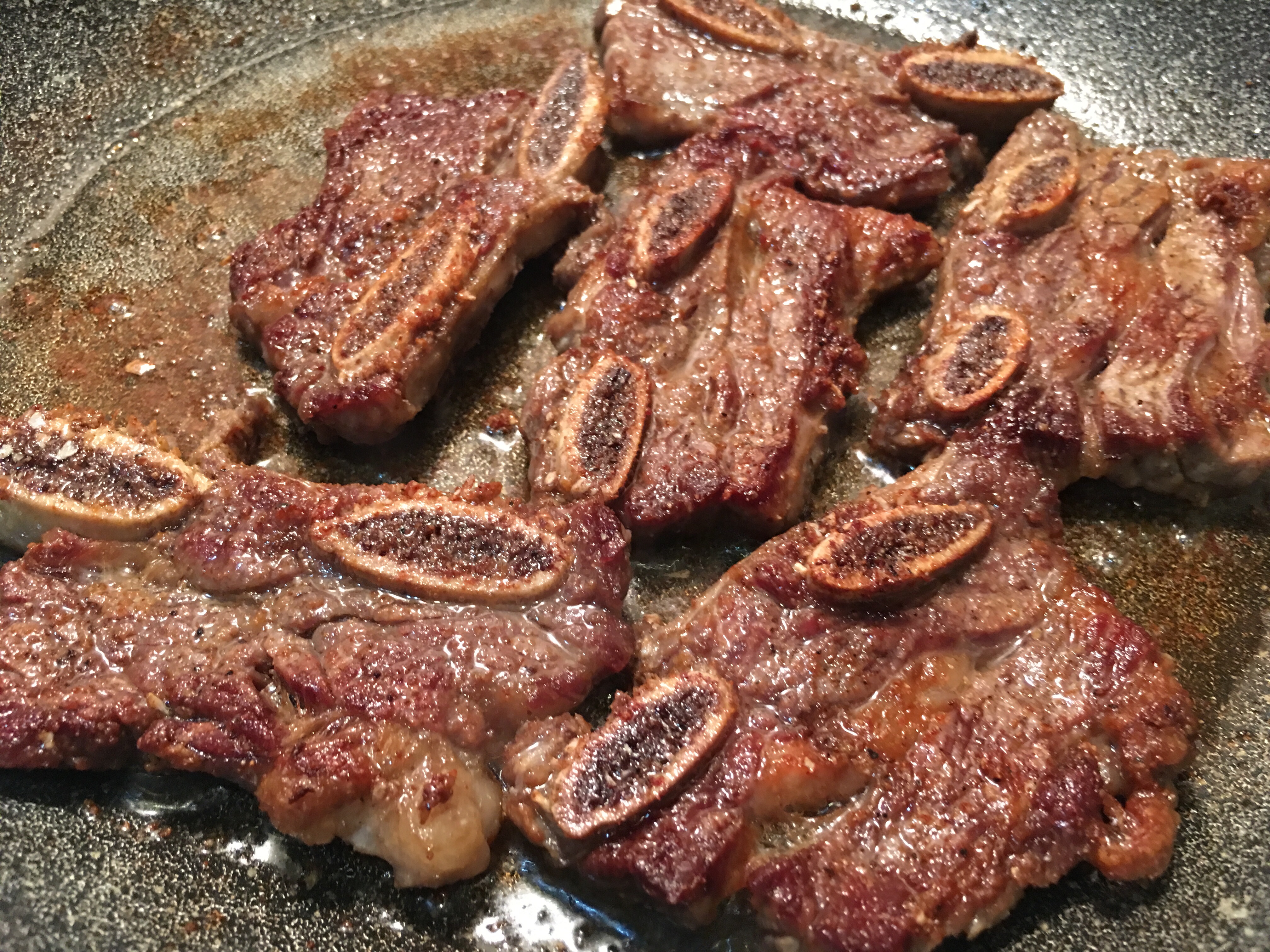 I pan fried some short ribs with a simple steak seasoning. 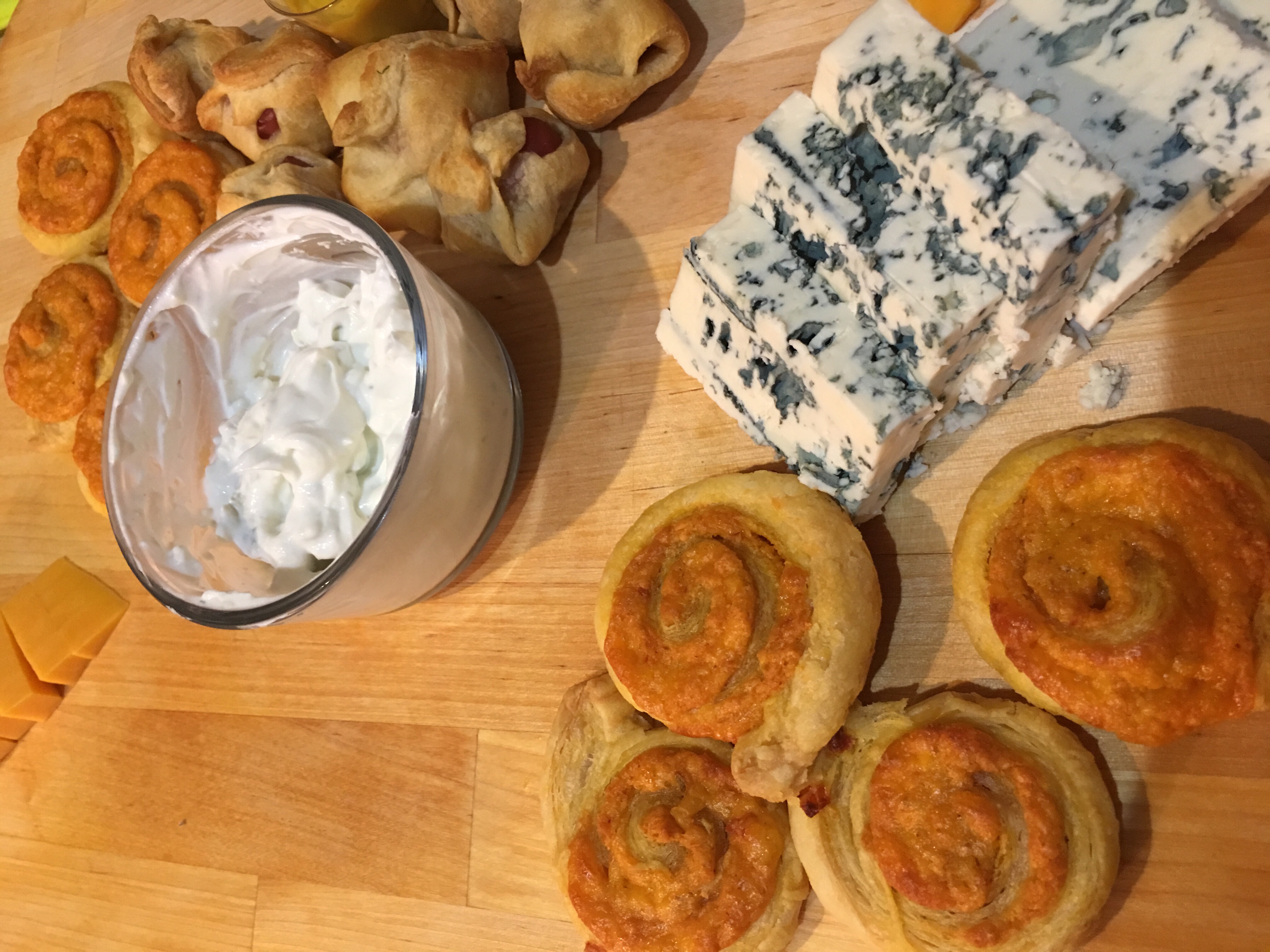 I just used a large cutting board in the middle of the table, and I started building it up. I had some blue cheese, cheddar cheese, ranch dip, some mustard for hot dogs, and some raw veg.

I also did some boneless chicken fingers for those who don’t dig the bones. Same concept, I just used boneless chicken thighs and cook it the same way, but I tossed it in a different sauce.

I cut up a mango and made it look pretty. I really like paper plates for these occasions.

Give it a try