Heirloom tomatoes or just home grown ones are miles better than most store bought tomatoes. I lucked out and found some good ones! I just sliced these, added basil, mozzarella, black pepper, salt and some EVOO.

Meanwhile, I finely chopped some baby bellas and sauteed them in a little EVOO. I do not use salt at this stage. I like them to brown a bit, so I stir and leave them to cook for a bit then stir again. Remove from pan.

I got one steak for the two of us, I like the filet and I leave him he piece on the bone. Season well with fresh grated black pepper and Himalayan sea salt. I like to let it come up to room temp before I cook it when possible. In EVOO, I did 4 minutes on one side and 3 on the other for his medium and 5/4 for me at medium well.

I removed them from the pan and deglazed with a little beef stock and put the asparagus in to steam. Put those down on the plate first, stack steak on top. Then I returned the mushrooms back to the pan with the steak bits still there. I put a tablespoon of butter and some minced garlic. Then piled it on top of the steak.

I started with the caprese while the steaks were cooking. 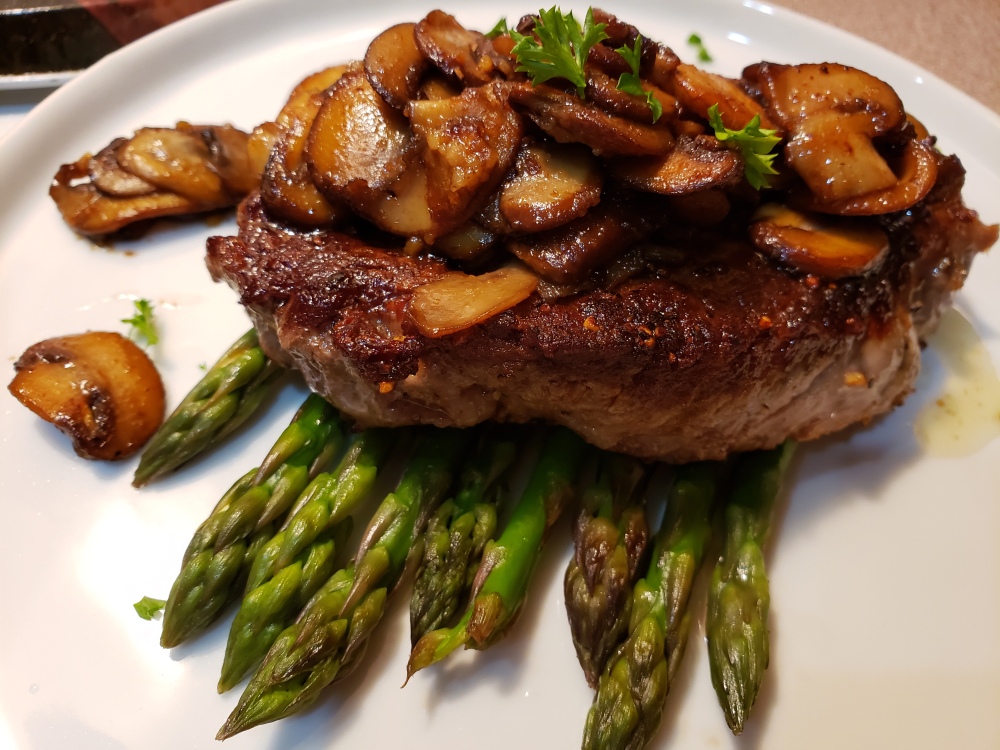 It was so good!

You could also deglaze with heavy cream to get an au poivre situation.

Give it a try!

Mozzarella (in a ball not shredded)